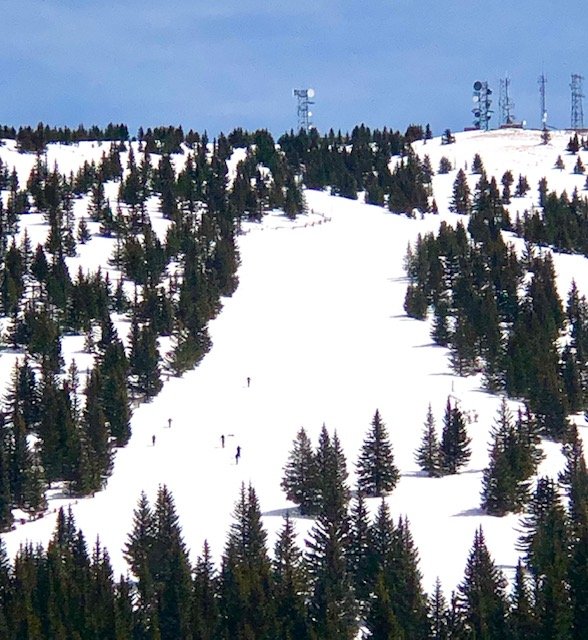 Get out and snowshoe

Quarantine! Yes, we all must but I could take no more. I had to get out and snowshoe. Walking and hiking were fine but I just had to do something different. The question was what? I have already written about the up side of Coronavirus. That blog was about discovering new walking trails around Santa Fe. The river trail is interesting and it has taken me to new areas of the city but I needed something else. That something else was snowshoeing.

I had received a pair of snowshoes for Christmas and they were still unused. I ski during the winter and was not sure when and where to try out these interesting gifts. Then the virus hit. Ski Santa Fe valiantly stayed open for a few days but finally gave in and announced the end of their season. A few days later a thought occurred to me. Now that you can no longer ski, why not get out and snowshoe. It seemed like the perfect solution.

The next question to be answered was where. The Valles Caldera is nice and flat but it is about an hour away. I was sure it still had snow but how much? Of course, I could look out my window and see that Ski Santa Fe had plenty of snow. Ski Santa Fe is was the obvious choice.

I reached the parking lot at about 10:00. No need to hurry. I was surprised by the number of cars in the lot. Being on the mountain was not a novel idea. There were quite a few people with skies. Other were just hiking with boots only. The bottom area was covered by about an inch of snow but I could see up the bunny slope and it looked good. I snowshoed my way up to Totemoff’s. Unfortunately, it was closed so no beer.

The question now was do I go back down or head on up. I was here to get out and snowshoe so it was head on up! It was up Thunderbird to Crossover and to the top of Tesuque! It was a hard slog but I made it! I took in the view and headed down. Snowshoeing down is much easier than up. Would I do it again? Yes! The snow still looks good so next time I will go all the way to the antennas.