When a friend asked if I would like to do a road trip to Death Valley this past January, how could I refuse.

This was the best time to experience Death Valley due to the temperatures. In the summer it is the hottest place in the USA. Temp should range from 38 to 65 so we had to bring warm and light clothes. We weren’t sure what to bring, but we are guys a pair of jeans, hiking pants, couple of shirts and warm jackets were all we needed. No need for four or five pairs of shoes !!

Off to Death Valley

We fly from Santa Fe to Las Vegas then our road trip begins as we drive toward Death Valley. The Nevada town of Pahrump was the last stop in Nevada before California and Death Valley. You just have to love a town called Pahrump!

We are in Death Valley. The lowest, hottest and driest place in the USA. This is truly a unique and odd place. I expected interesting scenery but I was taken aback by the incredible and uniqueness of the place. Only the pictures of the Artist Plate, The Devils Golf Course and Bad Water Basin can do Justus. They are in the slide show.  It is a truly incredible place. 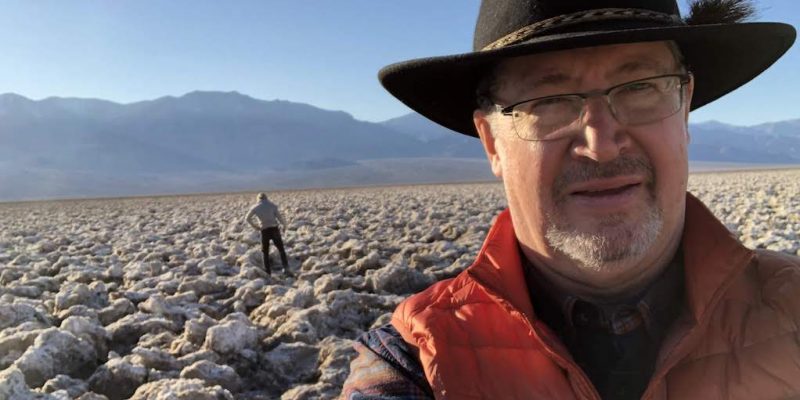 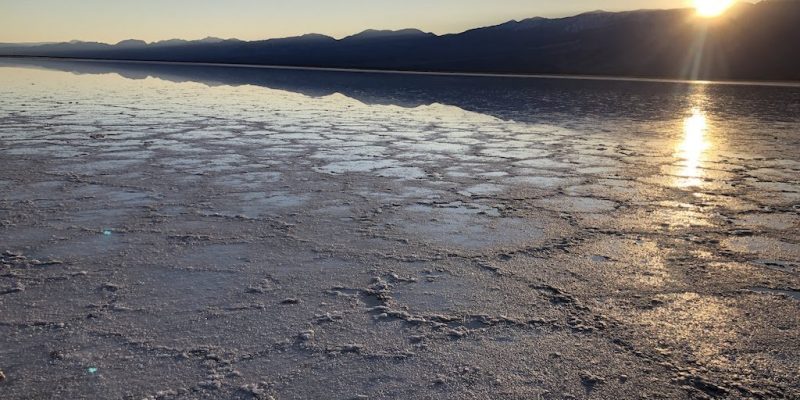 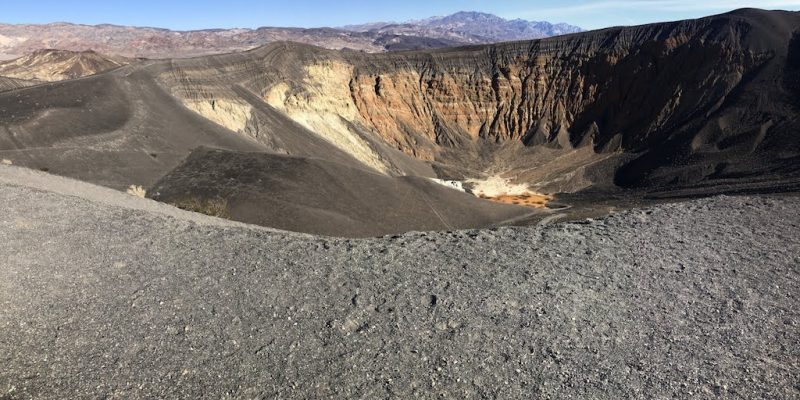 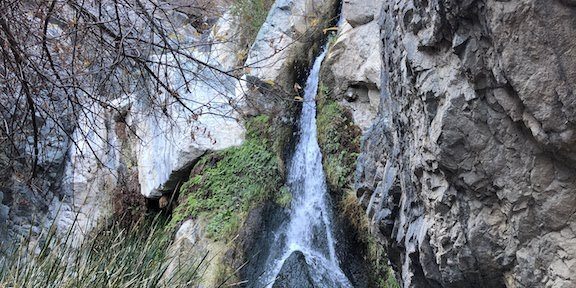 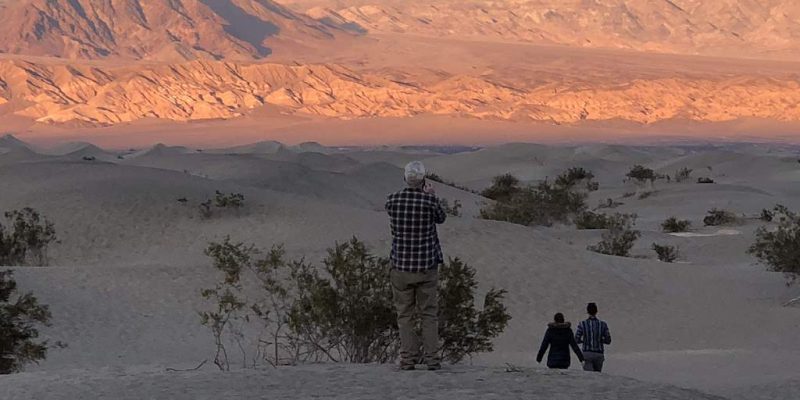 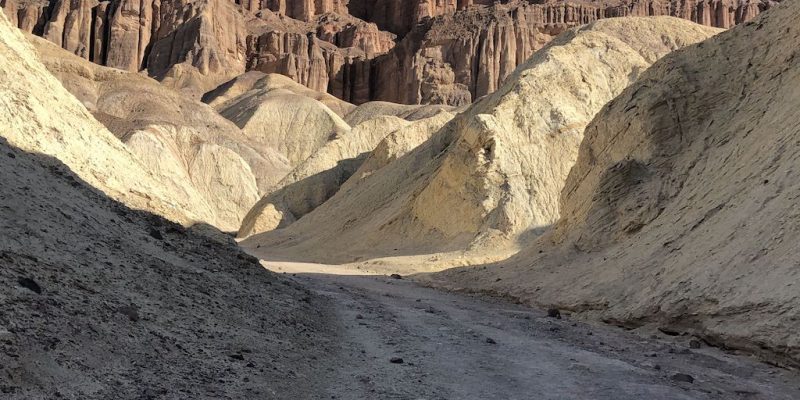 We had dinner at the Ranch Steak house which is quite the place. Lots of old west stuff on the walls. We were both a bit shocked at the prices. This is the only place for miles around and everything has to be shipped in but still, $48 for an ok steak. Well the beer was cold.

Today we started out on the Salt Marsh and it was cold. 30 some odd and windy. The little salt stream is supposed to have puppy fish. We saw none.

Next was the Keane Wonder Mine. A gold mine from the early 1900s. Fun to visit with an old mining engineer.

Then the Ubehebe crater. This is a volcano and the landscape is amazing. I was surprised that there were about 8 cars in the lot because we had seen none on the drive out. We hiked about half way around and up to Little Ubehebe. We had our  lunch, PBJ sandwiches made in the morning, as we sat overlooking this amazing sight.

Next stop was Darwin falls, the only water in Death Valley. We hiked up to the falls, which are not big, maybe 12 to 15 feet but still nice. We found a photographer from Santa Fe there with a pro camera. His studio is in Santa Fe but I have not stopped in to see his work or the picture he took of the fall. On the way back, I wondered what happens to the river, stream actually. We followed it and eventually is just disappears into the sand.

The Mosaic Canyon trail leads up a canyon with many colored rock formations. A nice hike up a fairly flat canyon. We climb a bit then decided that it was late and well we didn’t want to climb the big rocks. One interesting thing is we kept running into the same groups of people at each stop. All nice folks and we all headed to the Mesquite Sand Dunes for a sunset docent tour.

The docent pointed out various tracks of the little critter that live on the dunes. Beatles, Kangaroo rats and other stuff. We saw a bug but no rats. We stayed until after sunset. With the setting sun the mountains become purple.  Purple mountains, majesty.

The final stop in Death Valley was the Golden Canyon trail. Again, we run into several groups from the day before. The trail leads up a canyon to the Red Rock Cathedral. Impressive sight. We got to the base and climb up a bit but decided we didn’t have time to go to the top. Also, it looked really hard. All the young kids did it so more power to them !!!!

An excellent road trip. It was colder than I had expected and I sort of would like to experience Death Valley in July when temperatures can reach 120 degrees. Then you would know you were in Death Valley !!!